HIGHLIGHTS FROM THE HUNT FOR A TREASURE OF NATURE !! THE TRUFFLE !! 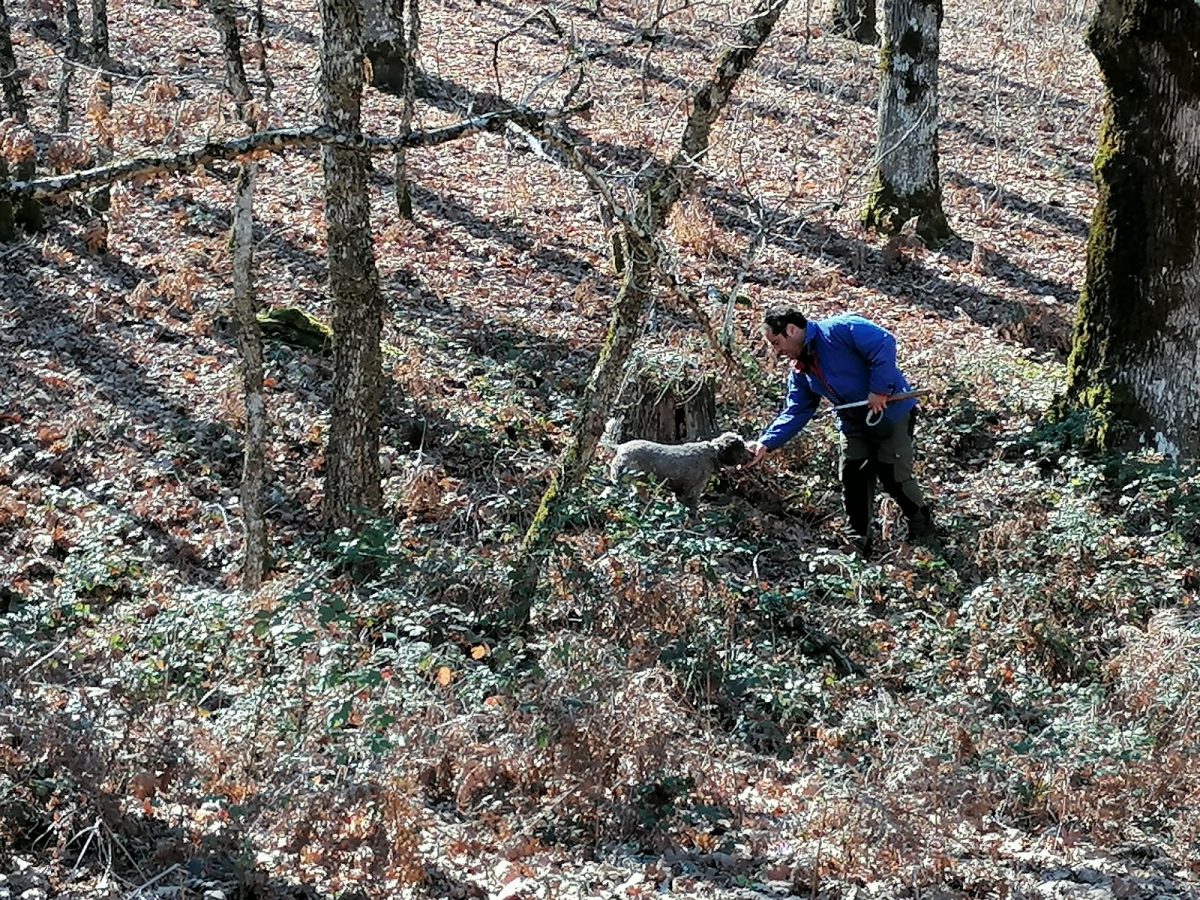 I must confess that despite the early-morning hour, we started getting together at 7:30 am, everyone was smiling and very happy! Okay, there are always one or two exceptions.

We started at eight with a first short stop at the Korinthos Canal for a coffee and to pick up a family of four. We continued to Tripoli and shortly after the Artemisia Tunnel we left the highway and slowly started our ascent to the mountains which were before us. Very nice route, perfect nature, lots of turns. The mood, as it was already past ten o’clock, has become even better, and those who had fallen asleep at the beginning of the journey woke up. Around twelve we arrived at Foloi and shortly thereafter we reached the beautiful Oak Forest of the area. There we met Vasilis, our Guide and the key man, Dionysis with Ovelix. Yes, you guessed it. Ovelix was the dog which all fell in love with, young and old alike!

After a brief introduction to the forest, references to the ancient history which links the ancient Gods with truffles etc, our adventure began! Dionysis with Ovelix ahead, was followed by the crowd! Here Ovelix stops, there Ovelix smells, a bit further away Ovelix digs for truffles, followed always by the crowd!!

We found truffle three times, that is our dog did, one truffle had already started to rot but was still eatable ?. It was a great experience as everybody publicly admitted. All of us were extremely happy, and felt like children once again, adventures and excited, men, of course, even more so! We were wandering around for approximately two hours, with the best possible weather for the such an event.

Naturaly we got hungry, so we were anxious to taste spaghetti with truffle as an appetizer and of course the rest of the menu! We also had very good local wine to trink!

This website uses cookies to improve your experience while you navigate through the website. Out of these, the cookies that are categorized as necessary are stored on your browser as they are essential for the working of basic functionalities of the website. We also use third-party cookies that help us analyze and understand how you use this website. These cookies will be stored in your browser only with your consent. You also have the option to opt-out of these cookies. But opting out of some of these cookies may affect your browsing experience.
Necessary Always Enabled

Any cookies that may not be particularly necessary for the website to function and is used specifically to collect user personal data via analytics, ads, other embedded contents are termed as non-necessary cookies. It is mandatory to procure user consent prior to running these cookies on your website.